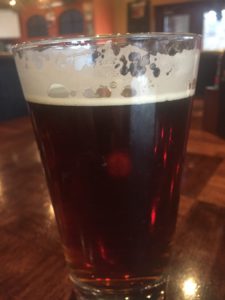 Kudo’s goes out to the Small Block Brewing Co on Vancouver island.

They have found a way to make use of bread that would otherwise end up at the landfill.

This idea of using bread was brought to this Island Brewery by the Cowichan Green Community, this is now saving huge amounts of bread from ending up in the landfill.

Small Block is calling the beer the Rye cycle.

This beer is an up and rising popular beer in the Cowichan Valley area.

It has gone over so well that the brewery has a new beer coming out soon made with Sour Dough Bread.

Other beers brewed by Small Block

Where to find Small Block Beer

The Beer 30 Group can’t wait to try this beer out.